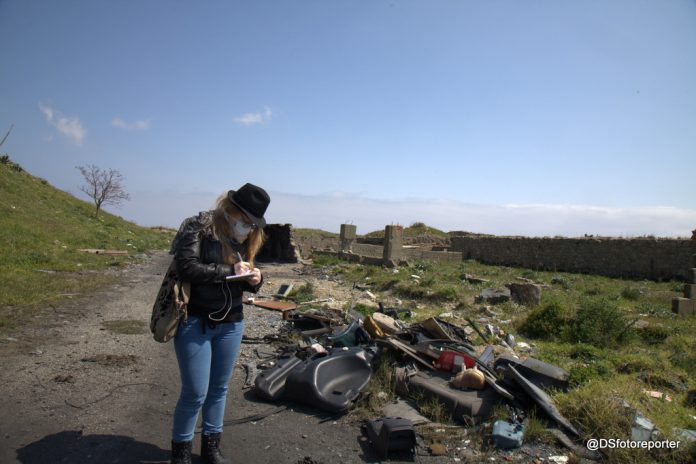 A toxic waste dump has been discovered along the 44th county road of Messina, district of Portella Arena. We are in the neighborhood of Forte Crispi, or Batteria Minaia. This fortification, dated at the Umbertinian Age (19th century), benefited from an extremely strategic spot, where it managed to oversee the Stretto from north to south. This position allowed the structure to play a leading role during the air-sea conflict in 1941 and 1943. The bombardments endured brought the fort down considerably, to date it is deprived of the moat, the entrance wall and the defensive one (caponiera n.d.t). The fort’s central body has disappeared, replaced by unauthorized constructions and animal shelters. And that’s not all…

The editorial staff of ilcarrettinodelleidee.com adds a new bloodcurdling discovery in the neverending list of sites used as illegal dump. Being all along proactive into the environemental and territorial investigations we are led to believe that the newest situation is the worst until we realize that the nonsense in front of us is widely known.  We are on the county road that takes to Campo Italia. From the lowered car window we enjoy the scent of wet soil and glimpses to which no camera could ever give justice. A reality that tries to keep its heavenly splendour, a nature that limps along and stifle into the constant battle where the winner seems to always be the inexplicable destructive action of mankind.

Between an explosion of complementary colours that burst out in brightness, and such a perfection that makes any impressionist turn pale, there you see those brush strokes tearing apart a flawless painting. The first sight of it can be caught alongside the road: small piles of garbage, love shelters, witnesses of an almost teen-aged passion, that treasure soiled memories of once-off instants on the ground and now left with a multitude of litter, tissues and condoms. Dry expanses of soil abused by fires and deprived of trees that lay as dry corpses in a graveyard made of wood and stones. Landslides dig and tear hills into pieces while at their feet constructions keep going.

But this is just the foreword of a worse reality. We are not talking about simple dirt and negligence. We are talking about toxic waste, acidic seepage on the top of a “drinking” water source.

We park in front of a pile of end product waste mixed with other wonders; we climb over a little mountain of human waste in order to enter a “suspiciously” blocked path. The walk is pleasant, the Sicilian sun is warm and the air smells of wild herbs but just for a little while… Alongside the path we get a glimpse of the first piles of waste. Not like those small wasting bags thrown from a riding car, as the ones we noticed during the rise, but concrete, bricks, tires and asbestos.  Lots of asbestos, too much of it. We count about 20 asbestos tanks, with a capacity of 200-250 litres. Most of them are damaged. We keep moving with our anti-pollution masks on, our new best friends, a little protection against deathly spores. Walking down we enjoy a city that looks apparently untouchable, protected by the sea and the ground. We catch the sight of a lay-by and the smell starts turning into something else. The heavy and unbearable fear that our mask won’t be enough anymore… We use our scarves to cover up our faces with the illusion that it will work.

Welcome to hell. The soil gives up on the greenness to make more room for the blackness, our shoes slip and partly sink under a greasy mud that the soil cannot absorb. A black path that smells of used up oil. A liquid able to make the soil useless for 30 years and that, once it reaches an aquifer, can penetrate into wells making them useless too: only one litre of that oil can damaged a million litres of water. Under a quick observation the valuation of the oil’s amount into the soil should be around a thousand of litres. Old cars wrecks piled up alongside the plot confirm the nature of the location as a disposal of stolen cars. The valuation of the huge number of abandoned wrecks is impossible. The way in which the different car wrecks are organized into the space gives the idea of a well-tested technique. Its message seems to say that if you work neatly you will be quicker and more efficient. And in the meanwhile the mind goes to the old man filling up his little tanks of water a few turns in distance.

A horror shop center where it is possible to find any kind of waste, both toxic and non-toxic, perfectly organized into sections and departments. We nearly expect to find an ad of a 3×2 offer. On one side we find palm trees’ trunks, roughly of 10 quintals, all perfectly piled up on one side and obviously all of them carrying the marks of the red palm weevil. At the deep end we can find hundreds and hundreds of tyres for every kind of vehicle and of every possible size. On the left thousands of electronic remains. A wide range of screens, printers, photocopiers, toners, cartridges that freely leaves their waste on the ground. The sight of office desks and chairs next to the electronic waste department is nearly funny. But sarcasm doesn’t help. The pace is slowing down. We need to be careful where we put our feet. You never know what you might step on. The apocalypse film scenario throws us into a film set. It’s hard to believe the show we are attending is real. The air fills up with a burning smell. Copper remains are new witnesses of the activities taking place in this area.

And we haven’t finished yet. We are missing one department of our opencast horror shop. Asbestos. Plate over plate. It’s not easy to count them to a tee. There are too many. Approximately there is 600-700 kg of it. Most of them, almost all of them, are damaged. Left like this, in the black soil soaked with oil. A surface of 60 squares covered in fragments, on the top of a hill that never runs out of wind. Asbestos. A banned material since 1992, whose disposal involves extremely strict procedures, given the nature of its fibres, able to attack the pulmonary alveoli and never let them go. The direct consequence of asbestos’ powder inhaling is the asbestosis: a chronic pulmonary disease. The ONA (Osservazione Nazionale Amianto) website quotes: “The exposure to asbestos fibres is interrelated to the outbreak of other acute diseases, in particular the pleural mesothelioma and lung cancer; statistical survey states that other kinds of cancer arise with an high-frequency in individuals who have been exposed to asbestos, in particular gastrointestinal and peritoneum cancer and other diseases.” This banned material, that must be disposed of with specific procedures and if damaged is potentially lethal, is all around us, on our hills, on our houses. We wonder if those who are responsible of this thoughtless action had later on put their contaminated clothes into the linen hamper. Or even worse they hugged their kids coming back home. Thoughts pile up in our heads. We open up our eyes and we hold our scarves tight on our nose and mouth. The glasses are steamed up and we are breathless. In front of all this our sight is over and we start feeling dizzy.

Here is the charm. The whole city displays all its splendour as if it was bravely imposing a touching pride. A static presence, a victim that looks its executioner straight into his eyes questioning with no words the reason why. Messina is there. Lying among the green and the blue. Standing there to be contemplated by Ganzirri up to Sant’Alessio, fixed, static. Beautiful.

A panorama to admire with the mask on, with the fear that in a couple of years we will be confronted with the price to pay. We go back to our car, walking backwards that same path. We leave that hell behind us but its images linger into our minds. In the purgatory that keeps the marks of what we left the presence of a tyre seems harmless.

Heading back home, the glance of a red poppy in a pile of garbage is impressive. 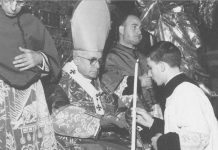 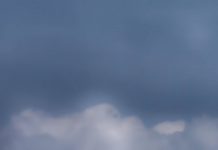